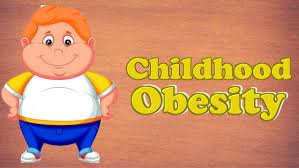 Childhood obesity has become prevalent in developed countries. A quarter of children in the US are overweight, and 11% are obese. There is evidence that excessive sugar intake, large portion size, and a decline in external and physical activities play a major role contributing to rising rates of obesity worldwide. Therefore, both high calorie consumption and low physical activity are factors for childhood obesity.

What is the best correct  way to cure childhood obesity?

Prevention is the best treatment for childhood obesity. Obesity can be controlled through a number of strategic interventions including creating the right environment, physical exercise, and diet. Most of these strategies can be started at home while some may be in school as children spend more time in school. School care services can play an important role in influencing diet and physical activity for children at an early age. The faster the scheme has been introduced, the better for today’s generation.

What are the causes of childhood obesity?

Although the exact factors supporting childhood obesity are not fully understood, it is a proven fact that obesity can occur when energy intake exceeds the energy expended by children. Genetic factors also play a role in childhood obesity, but are not the only factor seen when trying to determine what causes obesity in children. Various external factors such as environmental factors, lifestyle preferences and cultural circumstances are also the reasons for the rise of childhood obesity. The following factors are also considered:

1. Diet: Improper regulation of calorie intake can be a factor as children consume high calorie foods but do not spend it in activities.

2. Fat intake: Studies show that fat intake has decreased in some parts of the country. However, children have a strong system that burns fat efficiently. Therefore it cannot be a separate factor.

3. Other dietary factors: Soft drink intake by children has increased during the last decades and has been an important cause of obesity and type II diabetes. However, no conclusive studies have been published so far.

4. Physical activity: Numerous studies have shown that non-relevant activities such as watching TV and playing video games have contributed a lot to an obese population. Parents often encouraged their children to watch TV and spend more time indoors so that they could complete their work and website at the same time. Many children have reported low participation rates in sports and physical education, which has increased their chances of obesity.

What are the ways to prevent childhood obesity?

Having a neighborhood that has a large and safe place to play games as well as sports that encourage physical activity as a part of school work is the first step for children to defecate in the open. . In a home where physical activity is considered necessary, and the right diet is encouraged, the chances of a child becoming obese will be reduced. Less time in front of television and family dinners on the table instead of TV would be helpful as advertisers are affecting their eating habits to this age group to a great extent.

Obesity is a disorder that has many causes including depression and physical and mental health of children. Cardio and digestive diseases are common in obese children. Excess consumption of calories and low physical activity are considered to be the main factors in the occurrence of childhood obesity.

manas - August 11, 2020 0
Nutmeg is a world-famous spice derived from the backbone known by the scientific name Myristicafragrans.As a native of the spice islands in...